The Christmas dinner has been served, the presents have been unwrapped.  Uncle Todd is taking his after dinner nap in the Lazy Boy, the children are fighting over their new toys and you are so exhausted you don’t feel you will be able to move until New Years---it’s time for some trivia fun.  Put the family into small groups, or just ask some questions individually, or put the children against the adults. The questions are divided into four groups -- adults, children, very young children and since there is always one or two in the bunch - there are some geniuses’ questions too.

1.    A trough or box carved in stone or wood that is used to hold food for animals in a stable.

3.    In what language was “Silent Night” originally written?

4.    How many hours on Christmas Eve does Santa have to deliver his gifts?

5.    According to tradition, how many days after Christmas did the wise men come to the stable?

8.    What kind of angels told the shepherds about the birth of Christ?

9.    What visions danced in the children’s head in the poem “A Night Before Christmas?”

1.    In the book The Polar Express what gift does the little boy ask for?

2.    What animal does Mary ride into Bethlehem?

4.    Where did mommy kiss Santa Clause?

5.    In the song “The Twelve Days of Christmas”, what are the maids doing?

7.    In a “Miracle on 34th Street”, what department store did Santa work in?  It has a Thanksgiving Day Parade.

8.    According to the song, what can you rock around?

9.    According to the song where did Frosty take the children with a broom stick in his hand?

2.    According to the song, what does Santa have to check twice?  Sing--He’s making a what and checking it twice.

3.    When you are going over the river and through the woods, whose house are you going to?  She is your mom’s mom

4.    In “The Grinch that Stole Christmas” what was the Grinch’s reindeer? Many people have them as pets.

5.    What should you leave on the kitchen table for Santa to eat because he is very hungry from his long trip?   Tell the child their favorite kind.

3.    Traditionally what does the candy cane represent?

4.    According to legend what can the animals do on midnight of Christmas Eve?

5.    Who was the original singer of “Rockin’ Around the Christmas Tree?”

11.  After Jesus, Mary and Joseph left Bethlehem, where did they go?

14.  What are round oval candies filled with fruit preserves covered with chocolate called?

17.  What kind of pudding is wanted in “Wish You a Merry Christmas?”

18.  What river did Washington cross on Christmas Eve?

19.  What song do people stand when the chorus starts to sing?

20.  What early seventies football star was born on Christmas.  If your geniuses are not sports fans tell them the first name is Larry.

3.      A staff, a shepherd’s crook, they would hook the sheep to get them were they wanted them to go 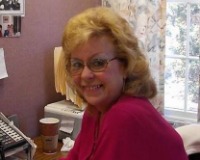