Are You Drinking Poison

Some relationships can make letting go of resentment seem impossible.

They can feel so unhealthy or toxic that, once we finally get out of them, all we want to do is leave them in the past and keep moving forward.

And we may even look for ways to avoid running into them out there in the world, because we don’t want to be reminded of our negative or painful experience.

Still, it is possible to heal even the biggest rift with someone in your life, no matter how much pain, resentment or bitterness has poisoned the relationship.

Many years ago, when I was serving as a minister, a woman in my congregation was invited to a family reunion.

She was reluctant to accept the invitation, because she and her brother had had a falling out and there remained huge resentment from both parties. She knew that he would be there, and she didn’t want to see him.

He’d said some very hurtful, cruel things to her in the past, and as a result, they hadn’t spoken in five years.

Whenever she even talked about him, her voice shook with pain… and now, she felt extreme anxiety at the prospect of seeing him face-to-face again.

She didn’t know what to do. She wanted to go to the event and spend time with her extended family, but she was afraid of having another hurtful encounter with her sibling.

So, I gave her a 4-step plan to start mending the relationship and letting go of resentment

She’d contemplated calling her brother before, but every time, her feelings of injustice and self-righteousness had stopped her.

She would think, “Look at all those horrible things he said to me. He doesn’t deserve my forgiveness.”

After all, it was her brother who had said those terrible things to her – shouldn’t he be the one to reach out and try to atone for his mistakes?

She was clinging to the idea that, through her silence, she was punishing her brother.

But, as the years went by, she just continued to feel worse and worse.

After our conversation, she decided to take the first step

After all those years, she finally picked up the phone and called her brother.

She decided not to rehash the past, because she knew no good would come of that, and they’d only start to argue and blame each other again.

Instead, she focused on her intention to reconcile, and chose to own her share of the situation.

She said, “We haven’t spoken for so long, and I’m sorry for my part in that. I hope we can heal things between us now.”

She knew that her brother might be suspicious, or even reject her gesture, so she stayed calm and prepared herself ahead of time to accept whatever outcome came.

No matter what his reaction was, she knew that by simply dialing his number and taking that first step, she was already making a positive change.

As wonderful as it is when others respond the way we hope they will, that doesn’t always happen. Thankfully, our reward doesn’t come from their reaction, but from making a stand for love, even when our natural self-preservation instincts tell us to avoid hurtful people and push them away.

Fortunately, her brother wanted to reconcile just as much as she did – he’d just been afraid to make the first call, the same way she had!

Thanks to her courage and humility, their conversation went well, and they were both able to attend the family reunion and enjoy it… and even enjoy spending time together.

What could have been a cold, awkward encounter turned into a chance for them to release their bitterness and let go of resentment, and rebuild their love, respect and compassion for each other. 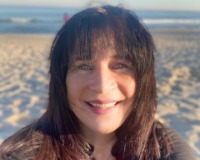 My knowledge and passion of the Jersey shore is captivating to my clients. Your life will begin to change as soon as we start our journey. Whether your looking for an investment property or a new pla....