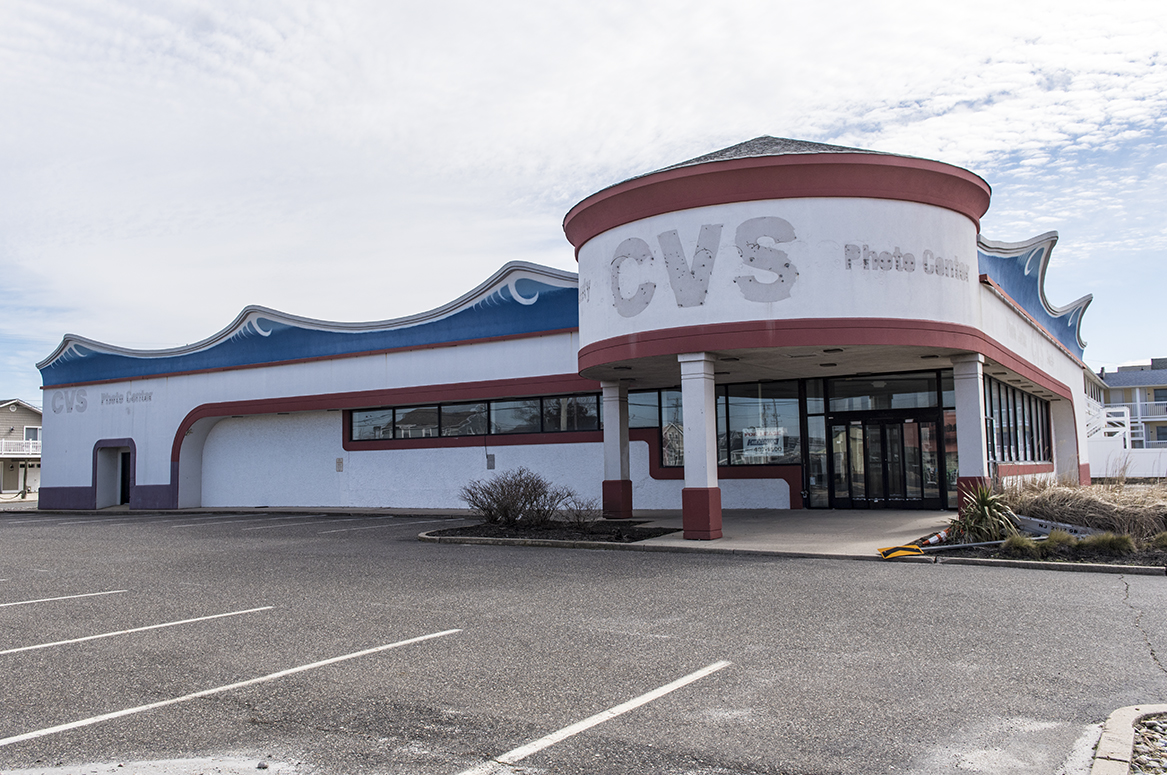 Less than a month after the attorney for the owners of the vacant CVS Pharmacy in Ship Bottom outlined, in a letter to the court, the multiple steps his clients took to secure a gaming permit for the family-style entertainment center they plan to bring to the site, an Ocean County Superior Court judge dismissed, with prejudice, their counter claim against the borough of Ship Bottom.

In issuing his Aug. 27 order, Judge Mark A. Troncone said Wainwright Amusement LLC made no formal application to Ship Bottom regarding a gaming license for the proposed upscale arcade, failing to exhaust administrative remedies prior to filing suit. In return, the borough of Ship Bottom never took any formal action denying the issuance of a permit for the site, he found.

Troncone ruled any further appeals from decisions made by borough officials will be handled by the Legalized Games of Chance Control Commission, under the state Department of Community Affairs, in accord with the borough’s ordinance and state law.

John Paul Doyle, an attorney for Wainwright Amusement in the proceeding, doesn’t agree. In a July 23 response to a case argument claiming his clients didn’t meet the criteria for remedy, he said, “It is respectfully submitted that defendant-counterclaimant Wainwright has exhausted its administrative remedies by its good faith but unsuccessful efforts to apply for an amusement license pursuant to local Ordinance 5.16.010.”

The legal proceeding stems from the April 2019 actions of a majority of the Ship Bottom Land Use Review Board, which agreed Wainwright Amusement met the criteria for a use variance at the vacant CVS. A use variance was required because entertainment is not a permitted use in the borough’s general commercial district. That was the first step met to bring additional family entertainment to Ship Bottom.

The next step involves a somewhat complex state gaming license process. The ordinance governing amusement licenses is separate from what the land use board could consider when it debated the use variance application.

Plans for the site include an updated, technological-savvy entertainment center at the site, located at Seventh Street and Long Beach Boulevard. The lot’s dimensions include a 200-foot frontage on the Boulevard with a 160-foot depth and a total lot area of 32,000 square feet.

On June 19, 2019, an attorney for Wainwright Amusement applied for a gaming license, Doyle wrote. The application was turned over to the borough attorney, according to Doyle’s letter.

“The borough attorney declined to process the application on the basis that the Wainwright property was not designated in the ordinance as a location which permitted amusement uses,” Doyle wrote, noting that at the time the borough’s attorney said, in a letter, “Until such time as your client’s property falls within the zone established by the ordinance, the borough is unable to process a licensing application.”

The borough’s licensing ordinance since the early 2000s has limited the number of amusement licenses to two in the borough. Hartland Golf and Arcade and Our Endless Summer, located at opposite ends of Ship Bottom’s roughly 1-mile strip of the Boulevard, each own one of those licenses.

On July 18, 2019, municipal officials sued Wainwright Amusements and the borough’s land use board in order to overturn the board’s decision granting the use variance.

Nearly three months later, on Oct. 8, 2019, Wainwright Amusement applied to the state’s Legalized Games of Chance Control Commission for an amusement games license. The application, according to Doyle, was remanded to Ship Bottom. Two weeks later, Wainwright’s $250 application check was returned with a note saying the permit had not been approved.

“A remand to exhaust what is a nonexistent administrative remedy would be an exercise in futility,” Doyle said, noting the borough, on two separate occasions, denied Wainwright Amusement a license for the vacant CVS Pharmacy site at the Causeway Circle.

Doyle goes on to write that the borough’s legal position is that the planned family-style entertainment center violates municipal code.

“The futility of an amusement license application before the governing body is evident, particularly in light of the governing body’s lawsuit against its own Land Use Review Board seeking to overturn the grant of the use variance,” according to Doyle’s letter. “In sum, it is manifestly clear the borough has no intention of processing let alone considering an application by Wainwright for an amusement license pursuant to borough ordinance 5.16.010.”

Click the link here to search homes on LBI http://kpileggi.vandykrealestate.com

My 3 Favorite Long Beach Island Rentals Of The Week

MY 3 FAVORITE LONG BEACH ISLAND RENTALS OF THE WEEKIt's time to find that perfect vacation rental for your #LBI2021Vacation on beautiful Long Beach Island!Planning to visit in the

Zillows Zestimates Cant Keep Up With Wild The Market

The summer season is almost upon us.   Here is an awesome drink to enjoy with friends while relaxing and baking in the hot summer sun!!CLASSIC MOJITO:Ingredients: 3 mint leaves,

Beach Haven is one of the most popular rental areas on the island as it is home to many shops and restaurants and offers a variety of activities throughout the year for all ages.   ;