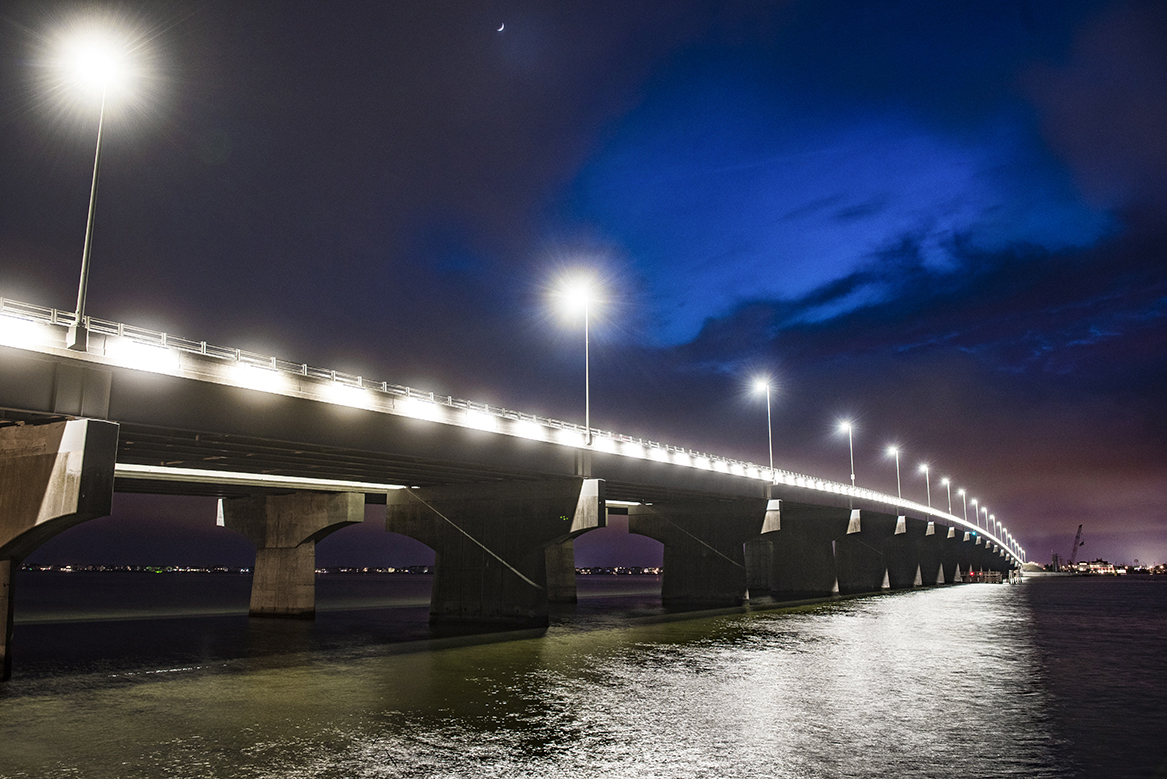 For Long Beach Island locals and visitors, the $312 million federally funded Causeway rehab and expansion project that prompted lane closures, snarling traffic even in the off season, seems both long ago and just yesterday. At the federal level, the project is more recent, gaining significant recognition as a portion of the recently named a finalist for the 2020 America’s Transportation Awards competition.

The winning project, known locally as Contract 4, is for the reconstruction of the old Causeway Bridge, turning it from a four-lane east/west road system into westbound travel only. Work began in 2016 and was completed in 2019, a year ahead of schedule.

“We are extremely proud of the national recognition that this project has received,” said Diane Gutierrez-Scaccetti, state Department of Transportation commissioner. “This announcement is a testament to the commitment of the men and women of the New Jersey Department of Transportation, as well as our contractors, to deliver projects that improve our communities and enhance quality of life for New Jerseyans.”

The America’s Transportation Awards competition is sponsored by the American Association of State Highway and Transportation Officials, AAA, and the U.S. Chamber of Commerce. The competition includes the categories of Quality of Life/Community Development; Best Use of Technology and Innovation; and Operations Excellence.

Contract 4, designated as a medium sized project, is competing in the Quality of Life/Community Development Category, according to state transportation officials.

An independent panel of transportation industry experts will select the Grand Prize winner, while the general public will decide the People’s Choice Award winner through online voting. Online votes will be weighted to each state’s population, allowing for greater competition between states with larger and smaller populations.

The winners will be announced during the annual AASHTO meeting during the second week of November. Online voting began earlier this month and ends at 11:59 p.m. on Oct. 25. The public can cast a vote for the project at AmericasTransportationAwards.org by scrolling to the bottom of the page and selecting the last project listed. One vote per person per day is permitted.

Just last month, Contract 4 was named best quality of life/community development in the medium category for the America’s Transportation Awards contest on its way to qualifying for the top prize.

The Causeway rehab and expansion project began in 2013 and has been worked through a series of five contracts. Four of the five contracts are complete. The final contract is expected to begin this fall with a 2022 completion date.

The final phase is twofold, with work on both ends of the Causeway. In Stafford Township, a third lane will be added to Route 72 in each direction for a limited distance to help more vehicles get through the traffic signal at Marsha Drive, and Marsha Drive will be reconfigured to provide double left-turn lanes onto Route 72. There are no plans to make any roads one-way.

The Marsha Drive intersection improvements will be done in stages. To begin, work along Route 72 will be in the shoulder areas of the existing roadway with no changes to the traffic pattern. The second stage will have a work zone in the median area with the normal two lanes of traffic on either side, and the final stage will shift traffic onto the newly constructed roadway in the median area to allow work on the sides.

The bulk of the work in Ship Bottom involves Eighth and Ninth streets as well as their three crossroads: Barnegat and Central avenues and Long Beach Boulevard. Roughly 3,000 feet of Eighth and Ninth streets will be widened, DOT Communications Director Stephen Schapiro said. The reconfiguration of the Causeway circle into a square includes a north/south traffic flow the length of Long Beach Boulevard and Central Avenue. The Arlington Beach Club condominium complex marks the area where the work zone is located.

Central Avenue is currently a one-way road southbound between Third and 11th streets before motorists come to the traffic circle. It’s this area that would be turned into a two-way street. Left turns at Central Avenue will be prohibited at the intersections with Eighth and Ninth streets. Other improvements to the roadways include widening the streets by 13 feet to provide for an additional lane of traffic, an additional 3 feet for the inside shoulder and a new 8-foot-wider shoulder, according to DOT officials.

Five traffic signals will be reconstructed, and a new signal is expected to be installed at Eighth Street where it intersects with the Boulevard. Additionally, a new storm drainage system and new outfalls will be installed in an effort to reduce frequent flooding along Route 72 and these intersections.

Motorists are encouraged to check the DOT’s traffic information website, 511nj.org, for construction updates and real-time travel information, and for DOT news on Twitter @NJDOT_info.

Article courtesy of The SandPaper and Gina G. Scala

If you are looking to buy or sell an LBI home click here http://kpileggi.vandykrealestate.com

There is something magical about the flavor of pumpkin and the chilly fall nights.  Here is a great snack recipe to enjoy for the whole family!Chocolate Chip Pumpkin Cookies: 1-1/2 cups

Columbus Day weekend soared high on LBI as we celebrated the 6th Annual LBI Fly Kite Festival. Hosted by the LBI Chamber of Commerce, and organized in 2015 to highlight the sport of

Join Us In LBI For A Haunted Weekend

With Halloween days away and we transition from hot summer days of drinking ice coffee to cool fall days of drinking pumpkin spice lattes, we are excited to embrace all the ghosts and goblins in