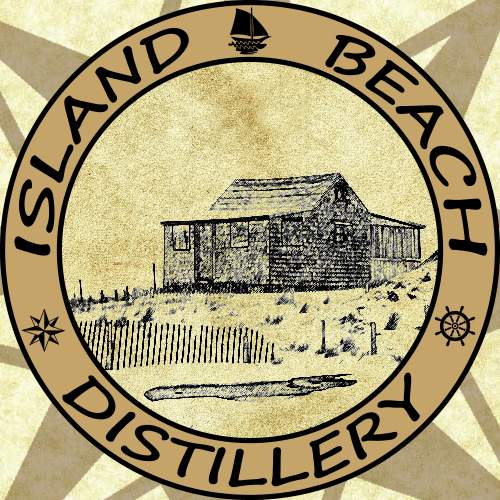 After working as an advertising and real estate salesman, Peter Martorelli thought it was time for a career change.

“I was getting tired of wearing a shirt and tie every day, and working 60 to 65 hours a week,” he said. “I wanted to try and establish my own business.”

The 38-year-old Martorelli said he always had a fascination with rum, saying it was his favorite alcoholic beverage.

“When I found out that there was no rum distillery in Ocean County, I thought I’d like to make that my next business venture,” he said. “Who knows, maybe I was a pirate in another lifetime.”

The end result was Island Beach Distillery, which will open on Friday, Aug. 25, at 713 Old Shore Rd., Unit B, at the Lacey Business Park in Forked River. There, Martorelli will be selling his own brand of the alcoholic beverage and inviting customers to sample tastes. He has four varieties – sweet rum, spiced rum, cinna-rum and white rum.

“If people are going to sample rum on site, then I’m required by state law to give them a tour of the distillery,” he said. “You don’t need to take a tour if you’re going to buy a bottle and take it home. I have a distillery license, which means I can only sell the beverages that I make on-site. Eventually, I might want to expand, maybe offering mojitos or piña coladas.”

“At one point in the distillation process, the rum is 180 proof,” said Martorelli. “But the finished product in the bottles will be 80 proof. The molasses I use is a little lighter than the darker molasses used for Jamaican rums. Mine is more like the Caribbean style rum.”

It was at sugarcane plantations of the Caribbean in the 17th century that rum was first distilled. Plantation slaves first discovered that molasses, a byproduct of the sugar refining process, could be fermented into alcohol. After rum’s development in the Caribbean, the drink’s popularity spread to colonial North America. To support the demand for the drink, the first rum distillery in the British colonies of North America was set up in 1664, and one of the first was on present-day Staten Island.

To support this demand for the molasses to produce rum, along with the increasing demand for sugar in Europe during the 17th and 18th centuries, a labor source to work the sugar plantations in the Caribbean was needed. A triangular trade was established among the slave trade in Africa, the Caribbean and the colonies to help support this need.

The popularity of rum continued after the American Revolution, with George Washington insisting on a barrel of Barbados rum at his 1789 inauguration.The manufacture of rum continued to be big business in America right through until 1808, when the U.S. prohibited the importation of slaves from Africa. The triangle trade was broken, but by that time, whiskey was well on its way to becoming the native spirit of the United States.

“Rum was a very popular beverage during our country’s earliest days,” Martorelli said.

For the moment, Martorelli is looking to be open weekends. Friday hours are 3 to 9 p.m., Saturday, noon to 9, and Sunday, noon to 6.

Looking to buy or sell a home on LBI or the mainland? Contact me! http://kpileggi.vandykrealestate.com