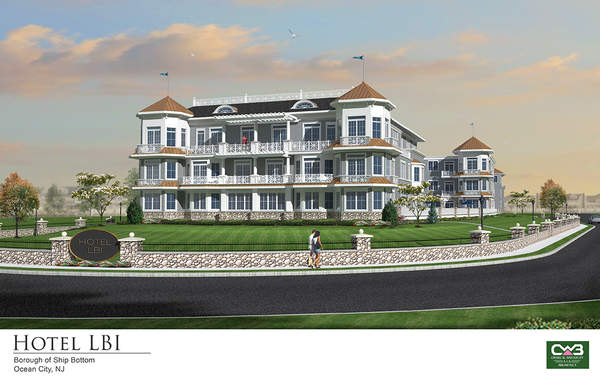 In a few years, the entrance to Long Beach Island will have a new look. The Ship Bottom Land Use Board has approved an application for a 105-room Hotel LBI, which will be built at the current site of the Stateroom. Prior to 2007, the Stateroom was the location for the Quarter Deck Inn.

Chris Vernon, who owns the Stateroom as well as Bonnet Island Estate and the Mallard Island Yacht Club, said he hopes to have the hotel up and running by the summer of 2018.

A variance was required for height, since the hotel was originally going to be 48 feet high, where 40 feet is the maximum allowed. The applicant agreed to lower it to 45 feet toward the end of Wednesday’s board meeting. The hotel’s 105 rooms would be 32 more than what the zoning ordinance allows.

In addition, a variance was required because the hotel would implement an “extended stay” concept, in which guests could be at the hotel for 30 or more days. Planning consultant Tiffany Cuviello said the borough ordinance limits stays to no more than seven days. In addition, a variance was needed because some units would feature more at-home amenities, such as a kitchen with a microwave oven and a stovetop.

Vernon said the hotel would combine older Victorian styles with more-modern flourishes. He said the look is reminiscent of the grand hotels that once stood in Beach Haven.

“We are looking at this as an ideal place for family vacation,” he said.

“It will provide a vacation opportunity that doesn’t exist here, especially for those families who do not want to rent a house,” said Cuviello.

Cuviello said that in recent years, the extended stay concept has been a growing trend in the hotel industry.

“It isn’t just at the shore, but cities and suburbs as well,” she said. “It accommodates families looking to stay in an area for a month or more as well as people who may have to stay in a location for a few weeks on a business commitment.”

Cuviello said the hotel would provide a major boost to Ship Bottom businesses.

“It will bring many people who will eat in your restaurants and shop in your stores, and also use your beaches,” she said. “Instead of going to other areas on the Island, a lot of people staying in the hotel will find it convenient to spend their money in Ship Bottom.”

Vernon said the hotel would offer one- and two-bedroom units, as well as suites featuring two bedrooms and a den. He said the most expensive rates would be $495 per night during the summer season.

”Having a den would give the parents a little quiet time from the kids,” he said.

Vernon said that while there would be no restaurant or banquet hall at the hotel, there would be an area where guests could enjoy complimentary refreshments.

“In the morning, we could serve them the items you would typically find at a continental breakfast,” he said.

Project architect David Minno said the additional height would allow the hotel to include turrets and other decorative features.

“With this height you will get a beautiful building,” said Minno.

The architect said Superstorm Sandy has changed the landscape of LBI concerning building heights, noting that many structures have been raised.

“Tall buildings aren’t going to be a big deal any more,” he said. “The nature of the Island is changing. In 30 years, I think there will be a lot of buildings this tall.”

Elizabeth Dolan, a traffic engineer, said that unlike the Stateroom and the Quarter Deck, there would be no access to the hotel from Ninth Street. Rather, drivers would have to use the service road that runs along the north side of the property.

“The traffic impact should be nominal,” said Dolan, adding that the hotel would feature an underground parking area.

The lone board member to vote against the application was Walter Arosemowicz, who on several occasions during the three-hour hearing said he had problems with the height, although he acknowledged it was an attractive-looking building.

“Even at 45 feet, it is very, very huge,” he said. “I drive over the Causeway every day, and I don’t think people would want to be subjected to seeing this overbearing building all the time. The Stateroom is not overbearing, but I feel the size of the hotel is way out of line.”

Board Attorney Stuart Snyder said that prior to reviving the master plan a decade ago, the maximum allowable height in that area was 35 feet.

“It wasn’t easy coming to an agreement on raising the limit to 40 feet,” he said.

During the public comment portion, resident Olev Allikma said that while he felt the building would be attractive, he was concerned about “the sheer size of it.”

“Our rooftop deck will be looking right at the hotel,” he said. “It will take away from our views. And all these hotel rooms will be like new houses going up in that it will generate a lot of traffic.”

“I just want to make sure that Long Beach Island will still be what it was like when we were children,” said resident Deborah Hough. “LBI has always been a special place because when you came here you felt like you were going back in time. It looks like it will be a nice building, but it seems way too big.”

Resident Linda Emanuel questioned if the hotel would succeed being open all year-round.

“I don’t know if you’ll get enough people from November to April,” she said.

That issue was raised during the regular hearing, with board President Robert Butkus asking if the hotel would be used for housing during the off-season.

“We are not going to have housing there,” said Vernon.

“I think Ship Bottom needs this hotel to continue to grow and bring people into town,” she said. “It will give us additional rooms for people to stay in. I know it is a big building, but we have to look at the larger picture in that a place of this caliber will be good for Ship Bottom.”

Because of the nature of the variance, Mayor William Huelsenbeck and Councilman Edward English had to recuse themselves since the borough council is empowered to hear an appeal. Contacted later, Huelsenbeck said the hotel would help make up for approximately 160 lodging rooms lost through the years.

“It’s nice to have a hotel there at the entrance to the Island,” he said. “We didn’t want some type of box structure built there, and I like how the architect designed the building. I think it helps that because of underground parking people won’t be seeing a lot of cars outside. And there will be a natural grass berm by the parking area. The building is consistent with the Bonnet Estate and the (Mallard Island) yacht club. I think they went out of the way to give us a very nice-looking hotel.” 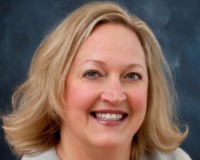