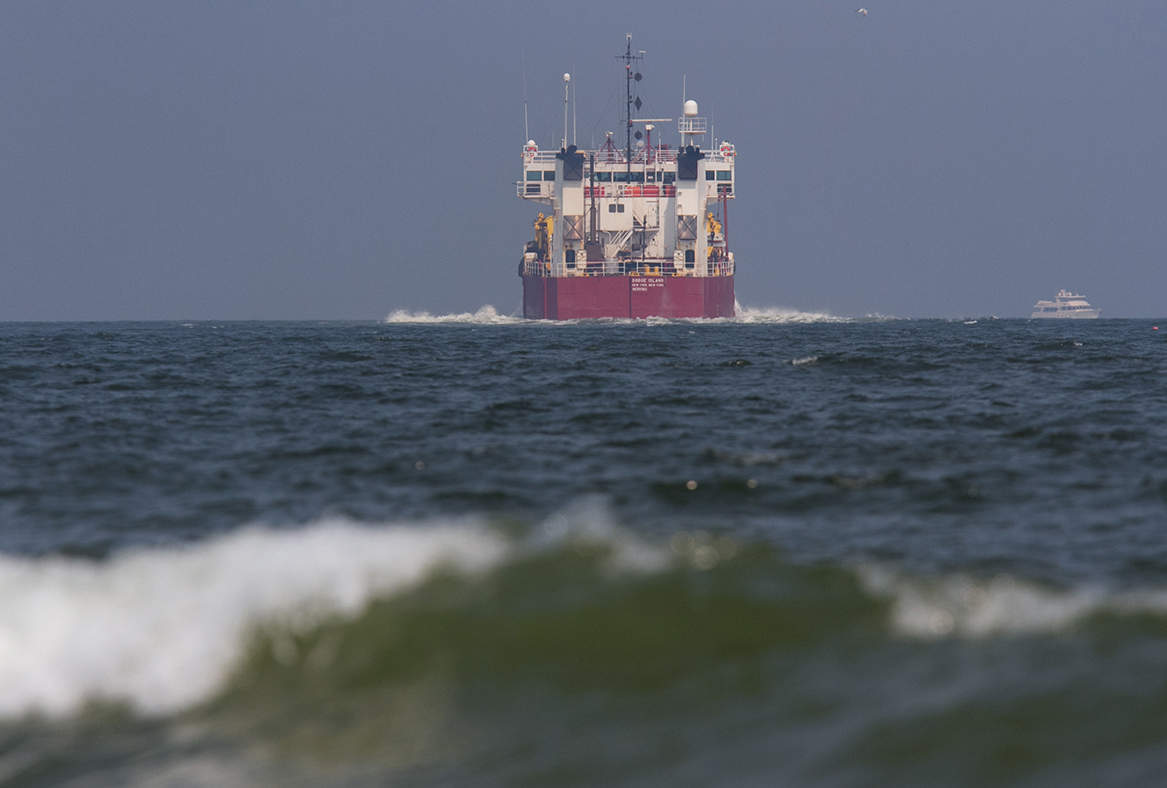 State Department of Environmental Protection Commissioner Bob Martin sharply criticized a U.S. Army Corps of Engineers‚Äô contractor for plans to remove dredging equipment from an ongoing beach and dune construction project on Long Beach Island to perform a dredging project in another part the country.

Great Lakes Dredge and Dock Co. started work in May to replenish beaches and engineer dunes along 13 miles of Long Beach Island in Ship Bottom, a portion of Surf City, Long Beach Township and Beach Haven. The $128 million contract includes an obligation to have it completed by Memorial Day.

Just before Christmas, the company announced it was moving the dredges out of New Jersey to work on another project. The company does not plan to return the dredges to New Jersey until spring 2016.

‚ÄúI am calling on the Army Corps to step up to the plate and take strong action to ensure that all equipment remains on-site, and that this work moves forward as quickly as possible to protect the barrier island.‚Äù

‚ÄúIn close communication and coordination with Commissioner Martin, local mayors and the Army Corps, I have made clear on several occasions to Great Lakes‚Äô leadership of my immense frustration at this self-serving business decision that leaves the residents and properties of LBI at risk. I will continue to press the importance of finishing this project as planned, ensuring adequate winter storm protection and ample time to plan for the summer tourism season.‚Äù

Long Beach Township Mayor Joseph H. Mancini wrote in an email that he feared Holgate, along the southern portion of the Island, will be particularly vulnerable to winter nor‚Äôeasters.
‚ÄúOur public works crews have pushed up as much sand as possible and right now at high tide, the ocean is right at the toe of the dunes,‚Äù said Mancini. ‚ÄúFor Great Lakes to leave without replenishing this section of beach is frightening. We feel there is no excuse for them to pick up and leave in the middle of the project.‚Äù

The federally-funded project is being undertaken as part of the Christie administration‚Äôs plan to build up the coastal barrier islands to protect them from the kind of destruction the state witnessed during Superstorm Sandy in October 2012. It is one of seven significant beach improvement projects statewide authorized by Congress but never completed before Sandy hit.

The project that began on Long Beach Island this past May involves construction of a dune system with a top elevation of 22 feet. The beach and dune system being constructed will range from 300 to 400 feet wide and have an elevation of 8 feet above sea level, better protecting the Island against storm surges.

The state has title for all of the properties in Area 6, which is the southern end of the project and the most vulnerable to severe damage from winter storms. Only a handful of easements are still required for Areas 1 and 2.

‚ÄúThere is no reason whatsoever that the beach and dune construction work cannot continue at the southern end of the island,‚Äù said Martin. ‚ÄúFurthermore, work can and must continue while the state wraps up its legal action to secure the outstanding easements needed in the northern part of Long Beach Island.‚Äù

To Search for homes in Ocean County click here: http://kpileggi.vandykrealestate.com

Is It Time For A Digital Detox

After months of switching between your big screen and little mobile screen you might be feeling some virtual fatigue. Taking time off from tech is a good way to reset and improve your day to day

7 Trick or Treating Safety Tips1. If possible, wear bright colors. 2. Use glow sticks or reflective tape for costumes and treat bags. 3. Go to well-lit areas and houses with

Five Reasons to Invest in the LBI New Jersey Real Estate MarketLong Beach Island Real EstateBuying a home is one of the most significant decisions you will ever make. Long Beach